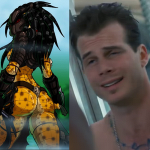 Hi, welcome to Alien Anthology Wiki! Probably nobody has yet looked at your edit to the User blog:Freighttrain, The/Dictum on Xenomorph Hive Dynamics and Reevaluation of Nomenclature page, but someone will.

Hi Freighttrain, I've been seeing you around for quite some time making the blog posts regarding the Xenomorphs and the Yautjas and they're very nicely detailed. Now regarding your proposal to feature the Xenomorph caste article on the Alien Anthology Wiki, I would have to say no, at the moment at least. The reason is that this Wiki solely focuses on the Alien franchise, which means the Alien movies, as well as other Expanded Universe materials (comics, novels, video games, etc). The Wiki tries to avoid crossover materials, unless it's unavoidable, such as the 13th issue of the Aliens Kenner comics, which is an Alien vs. Predator crossover.

Another reason is the complicated "nature" of the Alien canon continuity due to narrative differences on numerous media related to the franchise. Again I must apologize for declining your offer, however you are welcome to update and create your blog posts on this Wiki. Dino crisis fan (talk)

Hello and thank you for your quick reply, now regarding Xenomorph varieties from crossover media, I can simply omit certain varieties from such an article and this is something that you and I can discuss regarding what varieties are relevant according to the Alien Anthology wiki's canon.

Would it then be appropriate to display an Alien Anthology wiki canon version of my Xenomorph classification system in an article?

Creating an Alien Anthology canon version of my Xenomorph classification system wouldn't too difficult as I already have experience with this having created my own personal canon version, so I can tell you that the process wouldn't be too clunky or time consuming on your end. Freighttrain, The (talk) 13:48, November 3, 2019 (UTC)

Hi, thanks for the message.

I will look at your blog posts.

I plan to write more stuff on the USCM arsenal/tech as well and maybe move away from the "Top 10 aesthetic".

Well regarding the USCM, I plan to convert my USCM arsenal blog post to the neater and easier to read table format that I have been using for my Xenomorph classification system.

Though if after you've read my blog posts you found you liked them (particularly my dictum on Xenomorph hive/caste dynamics), be sure to let me know if you would be interested in any kind of creative collaboration where we would be communicating via e-mail or elsewhere out of public view. Freighttrain, The (talk) 19:24, November 12, 2019 (UTC)

I've also just begun using the neater table format for the weapons section of my Yautja blog post, including pictures of both the Yautja weapons as well as those of comparable human weapons. Freighttrain, The (talk) 05:24, November 15, 2019 (UTC)

The modified Anchorpoint Xenos were an element from the first draft of Gibson's Alien III, I am currently under the process of updating my CasteNavBox test page to include a plethora of cut concept Xenomorphs from unproduced scripts/games, including transbreeds and hybrids/genetically enhanced Xenomorphs. --The Creature Slayer (talk) 16:14, March 12, 2020 (UTC)

Can you show in what material those modified Xenomorphs are mentioned though? Freighttrain, The (talk) 16:22, March 12, 2020 (UTC)

Unlike the Hybrid, which has made it into the comic based on the unproduced second draft of Gibson's script, I believe the modified Xenomorphs didn't make it into any official material as the number of Xenomorphs was cut down for the second draft. You'll find them within the first draft of Gibson's script, av Sourceailable here: https://avp.fandom.com/wiki/Alien_III_(William_Gibson)_%E2%80%94_first_draft_transcript --The Creature Slayer (talk) 16:29, March 12, 2020 (UTC)

Ok and those modified Xenomoprhs would be the ones mentioned as 'rapidly replicating', I shall call them bunnymorphs.

Though what about the King alien featured in the unproduced Vincent Ward script for Alien 3, where is that information from? Freighttrain, The (talk) 16:34, March 12, 2020 (UTC)

As you know, I am working on the CasteNavBox test page. I was looking through your blog to see if you had picked up on anything I had missed and I saw the Swamp Creature Xenomorph. So, I did some research into it and checked the comic it came from and noticed it reminded me of the Panther Alien toy. I compared the images from the comic with the original Panther Alien toy and lo and behold, I believe that the Swamp Xeno was supposed to be a depiction of Kenner's Panther Alien figure much like how the previous Space Marine comics featured the other Kenner transbreeds. As you can see in this image, it has similar shoulder, tail blade, and hip shapes as well as a strikingly similar crest and what appears to be the little launchable flying Xeno that came with it (not to mention the similar color scheme). --The Creature Slayer (talk) 18:58, March 12, 2020 (UTC)

Ah yes good spot there, I think the Eaglemoss redesign that I use as the picture for the Panther Alien in my classification system lacks the crest bifurcation, so perhaps this is something they might not have been aware of when they remodelled it. Though obviously as both the toy line and that comic book are from Kenner Products, the congruity is plain to see.

I won't merge those two entries as their listings are equally relevant regarding classification, but I'll add a note in the description for both describing this cooccurence. Freighttrain, The (talk) 19:53, March 12, 2020 (UTC)

I've seen the disgusting new additions to your test page navbox, it was a bit fiddly but I've added those unused concepts to my Xenomorph classification system, and I can tell just by reading through some of those drafts where senile old sir Ridley got some of his shitty new ideas from, from shitty old ideas which no one back then was stupid and tastless enough to consider making movies with... Freighttrain, The (talk) 18:10, March 14, 2020 (UTC)

The giant mesh of matter has to be one of the most out-there and bizarre concepts that I've seen in unused movie scripts. --The Creature Slayer (talk) 11:13, March 15, 2020 (UTC)

I've seen similar concepts in at least three cartoons, though done much more tastefully, haha and honestly when you started out your message with 'giant mesh of matter', for a moment there I thought you were about to have a go at my Xenomorph classification system!

And on the topic of shitty new ideas, have you seen Aliens: Phalanx, what load of dogdung! It's like they're ripping off of children's programming and throwing in some Alien franchise props, without knowing anything about either, and then trying to make it seem edgy and new. Freighttrain, The (talk) 13:48, March 15, 2020 (UTC)

Medieval, and from what I understand, on a planet other than Earth, and not one that was colonised and then went troglodytic, but a human people that evolved and developed like on Earth, or were moved there from Earth by the Mala'kak or something thousands of years ago SG-1 style...

This is basically the kind of nonsense that we can expect Disney to perpetrate if they try to have a go at fingerpainting with this sci-fi franchise, just look what they did to Star Wars's extensive ABY canon, they did the stupidest thing possible by disregarding it and trying to make their own, we might as well all take a slow-acting cyanide suppository and go watch the Bratz doll movie!

Hi Freighttrain, about the blog post regarding "Future Space-based Military Branches". Since it's not related to the Alien franchise, it would be out of place for the Wiki, which leans towards on Alien related content, even in blog posts. Other sci-fi works also use the concept of Space Marines/Military space force, such as Avatar, Starship Troopers, etc. So the content doesn't specifically lean towards Alien.

Retrieved from "https://alienanthology.fandom.com/wiki/User_talk:Freighttrain,_The?oldid=22437"
Community content is available under CC-BY-SA unless otherwise noted.