Michael Biehn is an American actor. He is best known for his roles in James Cameron's science fiction action films The Terminator as Kyle Reese, Aliens as Cpl. Dwayne Hicks and The Abyss as Lt. Coffey. He has also acted in such films as Tombstone, The Rock, and Planet Terror. On television, Biehn appeared in the cast of the Emmy Award-winning 1980s series Hill Street Blues and the short lived syndicated show Adventure Inc..

Biehn was born in Anniston, Alabama, the son of Marcia (née Connell) and Don Biehn, a lawyer, and grew up in Lincoln, Nebraska. He has three siblings: Brooks Ann, Jonathon and Steven. Biehn attended high school in Lake Havasu City, Arizona, and was a member of the high school drama club. He then attended the drama program at the University of Arizona (where he joined Sigma Nu Fraternity) for two years before heading to Hollywood.

Michael Biehn got his start with a bit part in the film version of Grease in 1978. In 1981, he played a stalker in The Fan; at the time film was shot, he was in his mid-20s, and love interest, Bacall, more than 30 years his senior. After a few more films, Biehn played Kyle Reese, a sergeant sent back in time by John Connor to save his mother, Sarah Connor, in the 1984 film The Terminator. He starred in two other films directed by James Cameron: Aliens (as Corporal Hicks) and The Abyss (as Lieutenant Hiram Coffey). 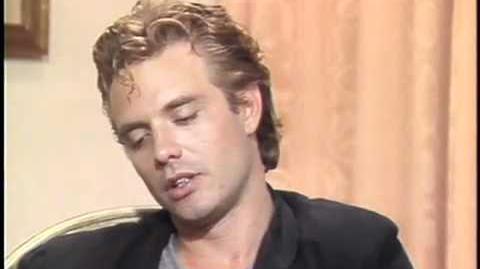