War takes a Hellova toll on a man... Just look at me.Jasper Watson

Jasper "Iron Sights" Watson is a Staff Sergeant in the United States Colonial Marine Corps. He was a part of the platoon of Colonial Marines dispatched to investigate the USS Sulaco 18 weeks after its deployment to LV-426.

Jasper Watson has been in the Colonial Marines for 33 years, lying about his age in able to enlist at 16. He came from a poor family in the Midwest United States, and it seemed the only way out was the USCM. It wasn't long after he finished Infantry School that he was called upon to use his training, first at Shelton's Pass and again at Helene 215 with the 2/9. By the time he was 21 he had already spent three years in major combat. He received the Bronze Star for his actions during the Tientsin Campaign and later earned the Silver Star during Operation Arcturan Shield. He took some sharpnel during at Linna 349 but was quickly back in action. Watson's seen and done more than most Marines ever will and yet he continues to keep up with the pack. He tells colorful stories of days past with a smile and a lost look in his eyes. Sure, he can be ornery, he can be cranky, but you can bet he is always ready for whatever the enemy has to throw at him. 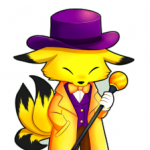