Cameron was born in Kapuskasing, Ontario, Canada, 1954, the son of Shirley (Lowe), an artist and nurse, and Phillip Cameron. His paternal great-great-great-grandfather emigrated from Balquhidder, Scotland in 1825; thus, he descends from Clan Cameron.

Cameron grew up in Chippawa, Ontario with his brother Davie Cameron and attended Stamford Collegiate School in Niagara Falls; his family moved to Brea, California in 1971 when he was 17. Cameron enrolled at Fullerton College, a 2-year community college, in 1973 to study physics. He switched to English, then dropped out before the start of the fall 1974 semester.

After dropping out of Sonora High School, he went to further his secondary education at Brea Olinda High School. After graduating, he worked several jobs such as truck driving and wrote when he had time. During this period he taught himself about special effects: "I'd go down to the USC library and pull any thesis that graduate students had written about optical printing, or front screen projection, or dye transfers, anything that related to film technology. That way I could sit down and read it, and if they'd let me photocopy it, I would. If not, I'd make notes."

After seeing the original Star Wars film in 1977, Cameron quit his job as a truck driver to enter the film industry. When Cameron read Syd Field's book Screenplay, it occurred to him that integrating science and art was possible, and he wrote a ten-minute science fiction script with two friends, entitled Xenogenesis. They raised money and rented camera, lenses, film stock, and studio, and shot it in 35mm. To understand how to operate the camera, they dismantled it and spent the first half-day of the shoot trying to figure out how to get it running.

While continuing to educate himself in film-making techniques, Cameron started working as a miniature-model maker at Roger Corman Studios. Making rapidly produced, low-budget productions taught Cameron to work efficiently and effectively. He soon found employment as an art director in the sci-fi movie Battle Beyond the Stars. He did special effects work design and direction on John Carpenter's Escape from New York, acted as production designer on Galaxy of Terror, and consulted on the design of Android.

Cameron was hired as the special effects director for the sequel of Piranha, entitled Piranha II: The Spawning in 1981. The original director, Miller Drake, left the project due to creative differences with Ovidio Assonitis. Cameron was hired by Assonitis to take over, giving him his first directorial job. (He had worked previously with producer Roger Corman.) The interior scenes were filmed in Italy while the underwater diving sequences were shot at Grand Cayman Island.

The movie was to be produced in Jamaica. On location, production slowed down due to numerous problems and adverse weather conditions. James Cameron was fired after failing to get a close up of Carole Davis in her opening scene. Ovidio ordered Cameron to do the close-up the next day before he started on that day’s shooting. Cameron spent the entire day sailing around the resort to reproduce the lighting but still failed to get the close-up. After he was fired, Ovidio invited Cameron to stay on location and assist in the shooting. Once in Rome, Ovidio took over the editing when Cameron was stricken with food poisoning. Suffering from his illness, one night he had a nightmare about an invincible robot hitman sent from the future to kill him, giving him the idea for The Terminator, which would later catapult his filming career.

Cameron has been nominated for six Academy Awards overall and won three for Titanic. In total, Cameron's directorial efforts have grossed approximately US$ 2 billion in North America and US$ 6 billion worldwide. Without adjusting for inflation, Cameron's Titanic and Avatar are the two highest-grossing films of all time at $2.16 billion and $2.78 billion respectively. In March 2011 he was named Hollywood's top earner by Vanity Fair, with estimated 2010 earnings of $257 million. 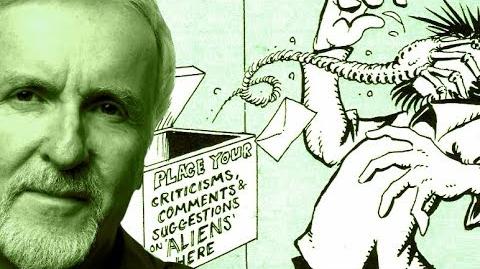