Private Drake was a smart gunner in the Colonial Marines Corps and was stationed on board the USS Sulaco in 2179.

Stationed on board the USS Sulaco, Drake and his squad were tasked with investigating the loss of contact with Weyland-Yutani Corporation's colony on LV-426. After awakening from hypersleep and grumbling to Dietrich about how they aren't paid enough for this job and didn't get any sympathy but insulted instead. After awakening he overheard his good friend Vasquez being teased by Hudson for her masculine appearance and had it thrown back at him. Drake found it funny and complimented Vasquez on giving it back to Hudson. Later at breakfast, Drake "volunteered" Hudson for Bishop's "knife trick" much to Hudson's chagrin and Drake's amusement.

During the mission briefing Vasquez, made a sarcastic remark about the creatures wanting to know only : "where they are" Drake laughed at his friend's joke. Later Drake prepped with Vasquez for the mission by suiting up with their M56 smart guns for the mission. Later during the drop Drake was told by Lt. Gorman that he was getting interference from Drake's head cam. Drake "fixed" the issue by smacking the camera on one of the support bars in the APC.

After landing Drake and his squad made their way to the Hadley's Hope administrative building and entered with Drake taking point. After the building was checked out by Drake and the others, Gorman radioed saying he was coming in. After Gorman came in and the squad did some deeper investigation of the colonists' whereabouts, Frost picked up a signal on his motion tracker. Drake and Hicks backed up Frost while he closed in on the signal, when a young girl ran across the hall to an air duct with Drake accidentally shooting at her. Hudson eventually tracked the colonists' signal to the atmospheric processor, and Drake and the rest of the squad headed out.

When Drake and the others made their way to the processing station and had gone down several sub-levels, the squad received word that the M41A Pulse Rifles and the Smart guns had to be unloaded and slung, so that a stray armour piercing round wouldn't rupture the processor's cooling units. When Apone ordered Drake and Vasquez to hand over the batteries powering the Smart guns, Drake and Vasquez added fresh batteries when the Sergeant turned his back on the two. As Drake and the squad made their way further in, Dietrich came across a woman cocooned by the creatures and watched the woman die as one of the creatures ripped from her chest. Apone torched the body and creature and unintentionally agitated the nest.

Agitated with the death of one of their infants, the creatures struck,  and Drake and Vasquez sprayed the nest with their smart guns to take down the creatures. After the squad took heavy casualties, Hicks ordered Drake and the other survivors to retreat from the chaos back to the APC. Taking the rear, Drake gave cover fire and took out a few of the creatures before his Smart gun gave out. Cursing, Drake removed the harness and the rest of the gear and unslung his M240 Incinerator unit to continue providing cover for the retreating Marines. Drake was unaware of one of the creatures that waited to ambush him, but it was noticed by Vasquez. She yelled out to Drake to watch out and took out the creature with her Smart gun; but it exploded and drenched Drake in it's acidic blood, killing Drake. Drake was one of the few marines that was not later cocooned and impregnated because he died before the Xenomorphs could get him. While he died his Flamethrower sprayed the side of the APC, creating a fire for the survivors to deal with before they could close the door, leading to Hudson being slightly injured with the same kind of acid.

Having a habit of grumbling, Drake would complain after waking up from hypersleep that he wasn't paid enough for this. He was insulted by Dietrich that they weren't paid enough to wake up to Drake's face. He also enjoyed giving Hudson a hard time when he bugged Bishop to do his knife trick and was volunteered by Drake and his warped humor. He also had a knack for egging on Vasquez on her jokes, and appeared to be on good terms with her. Like Vasquez, Drake also had issues with following orders, such as turning over all the power cells for the Smartguns when they were ordered to, instead handing her a spare power cell after thier originals were collected.

Drake was outfitted with an M56 Smart Gun, Battle harness, and targeting eye for his standard weapon in the field. He was also proficient with the M240 Incinerator Unit that he kept as a back up should his Smart gun jam or run out of ammo. He was also equipped with an Flack Vest that he wore benieth his battle harness for added protection. 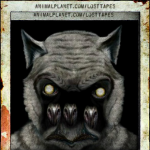