The Boiler is a Xenomorph breed that was encountered by the USS Sephora Marine squad on LV-426.

The Boiler is possibly a xenomorph soldier infected by nuclear radiation poisoning. This xenomorph has, like the Spitter, has very powerful acidic compounds in its blood. They also have bulging acid pouches growing on the side of their heads, and a stream of smoke leaks from the spine-like tubes on its back. Their armor is rather weak for xenomorphs, causing them to detonate if shot. Boilers are capable of spitting acid, as are most xenomorphs, and are also capable of exploding at will, which showers any enemies within the blast radius with highly deadly acidic blood.

For this purpose, they are generally used as suicide bombers. They can play dead to allow unwary marines to stray closer, and then explode. They are relatively slow, and cannot climb walls or sprint. Boilers are easily dealt with if fired at from a distance, but are effective suicide bombers at close range.

Boilers have heavily degraded senses, stumbling around in a crude imitation of their former grace. Instead a a sleek, glossy shine, their carapace is a cloudy dark grey. However, their sense of hearing is perfectly fine, allowing them to hone in on noisy marines. Boilers have a fairly short attention span, as a marine that stays perfectly quiet after attracting the attention of a Boiler will be forgotten about. However, they will quickly stumble to any source of noise in apparent eagerness to end their misery (though they can somehow tell an enemy from a fellow xenomorph). It is possible that Boilers are always in extreme pain, due to their pressurized bloodstream, weak carapace, and dull senses. This might explain their self-destructive tendencies. 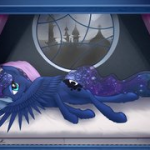 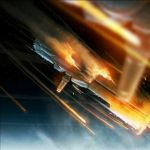